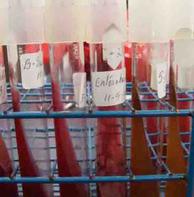 Sources & Resources
Slant tubes provide a surface for aerobic bacteria and enough media, at the bottom of the tube, to insert anaerobes. 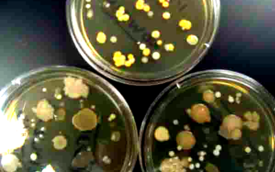 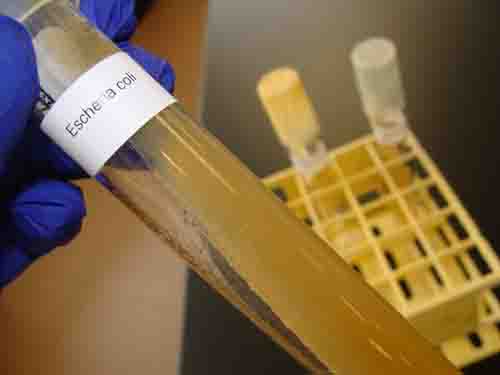 Slant Tubes prepared by leaning test tubes in a rack, then pouring warm media into the tube and waiting for it to solidify.
Bacteria cannot digest agar, and the broth-agar combination contains water, nutrients and often buffers to help regulate pH, all while providing a solid surface for bacteria to grow on. Bacteria growing on the surface of agar reveal their colony morphology - their characteristic appearance when growing in a group of bacteria that arose from one parent cell. Being able to view a species colony morphology can provide helpful, albeit general, information on the identity of unknown bacteria.
​Page last updated: 2/2016