Tetanus, also known as lockjaw, is a disease caused by the toxin producing Gram-positive
bacterium Clostridium
tetani. C. tetani produces a powerful neurological toxin, tetanospasmin, that, in those infected, can result in painful spasms that contract the muscle.
How Is Tetanus Transmitted?
Unlike many infectious microbes, C. tetani is not transmitted from person to person. One typically contracts tetanus when
Article Summary: Children are commonly immunized against tetanus as part of their childhood vaccination schedule, but adults also need boosters to maintain their resistance.
What Causes Tetanus & When to Get Vaccinated
Page last updated: 7/2014
Virtual Microbiology
Classroom
You have free access to a large collection of materials used in a college-level introductory microbiology course. The Virtual Microbiology Classroom provides a wide range of free educational resources including PowerPoint Lectures, Study Guides, Review Questions and Practice Test Questions.

Neonatal tetanus: Baby displaying bodily rigidity produced by Clostridium tetani exotoxin.
the bacterial endospore (kind of like a bacteria seed) enters the body through a break in the skin.
All Clostridium bacteria are vulnerable to the atmosphere, since they are killed by exposure to oxygen. But Clostridium endospores, dormant structures not sensitive to oxygen, are both widespread (found in soil, dust and feces) and very tough, persisting in in the soil for decades.
This is why it's said that a person needs a tetanus shot for protection in the event that they step on a rusty nail. The rust is not what gives you tetanus. Rust is just an indicator that the metal object has been outdoors, exposed to the elements, for some time, and, therefore, is more likely to have endospores on it. Once inside the body, the endospores germinate into living bacteria and then multiply.
However, stepping on rusty nails is not the only, or even the most common, way of contracting tetanus. Any tiny break in the skin or mucous membrane can allow tetanus endospores to enter the body.
How Does Tetanus Impact the Body?
The tetanospasmin toxin permanently bonds to nerve endings, and is impossible remove. For a person to completely recovery from a tetanus infection, new nerve endings must grow, a process that can take several months.
The muscular rigidity characteristic of tetanus impacts the entire body and can include the jaw locking shut, which interferes with swallowing and even breathing. Respiratory failure is the most common cause of tetanus-related death. Oxygen deficiency can also stress the heart, and result in cardiac arrest as the heart beats harder and faster to compensate.
SPO is a FREE science education website. Donations are key in helping us provide this resource with fewer ads.
Please help!
(This donation link uses PayPal on a secure connection.)
Vaccination against Tetanus
A tetanus toxoid vaccine is used to prevent the disease, and is a component contained in several combination vaccines. The Tdap and DTaP combo vaccines also protect against diphtheria and pertussis (whooping cough) and the DT and Td vaccines protect against both tetanus and diphtheria.
The Advisory Committee on Immunization Practices (ACIP) currently recommends five doses of the DTaP vaccine during childhood. Adolescents 11-18 (preferably between 11 and 12) and adults 19 and older should receive a single dose of Tdap. Women should be vaccinated with Tdap during each pregnancy. Adults also need to get vaccinated every 10 years, to “remind” their immune system to be on the lookout for C. tetani.
Sources & Resources
How Is Tetanus Prevented?
Tetanus can be deadly, and is fatal to one in ten victims. The disease is, however, very preventable through vaccination. In most developed countries, vaccination programs prevent a high incidence of tetanus, but cases are still common in less developed countries. Even in countries where childhood vaccination is the norm, adults often fail to get regular tetanus boosters, leaving them vulnerable to the disease. 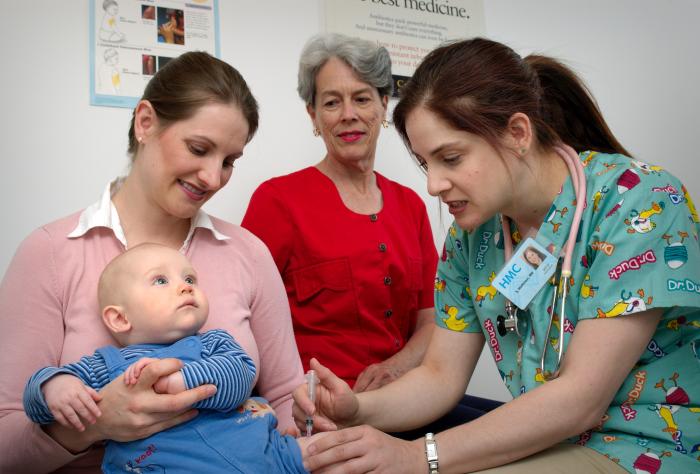