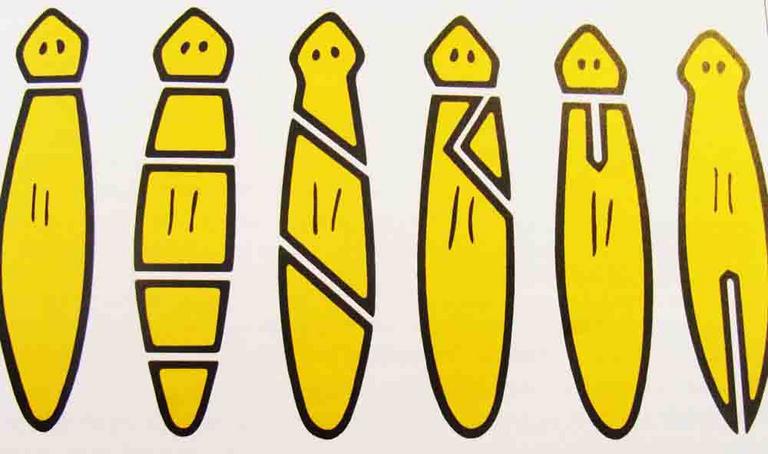 The tiny black dots in the tank are Dugesia winter egg capsules.
Winter egg capsules under microscope.
How Do Flatworms Make More Flatworms?
Flatworms are hermaphrodites. This means
that they have both male and female parts in the same body. They can sexually reproduce with another flatworm or with themselves to make cocoons that contain many eggs.
Dugesia can also reproduce asexually, using mitosis (cell division). They can pinch their body in half, a process called fragmentation, and each half will regrow into a complete worm! Sometimes, especially under poor environmental conditions, they "drop tail." The worm that does this grows a new tail, and the tail grows into a new worm! Cool, huh?!
Flatworm Sexual Reproduction: Summer and Winter Eggs
Planaria can produce two types of "eggs", which are really capsules filled with many eggs. Summer eggs are found in transparent capsules that hatch rather quickly. Since we got our flatworms in the winter of 2013, they have not made any summer eggs yes, but when they do, we'll take photos and share them with you.
Winter eggs are also capsules, each filled with many eggs, but they are very dark brown in color and have a weird stalk with a little "crustie" on the end. Winter eggs can stay dormant for a long time. They take longer to hatch. Our flatworms began making winter eggs at the very end of March/start of April 2013. We noticed that some of the eggs had hatched by the end of May, and there are still a couple of winter eggs in their tank, as of 6/25/13.
This Kid Science area of the SPO website features our family's "Adventures In Flatworms." This page describes how Dugesia reproduce with summer and winter 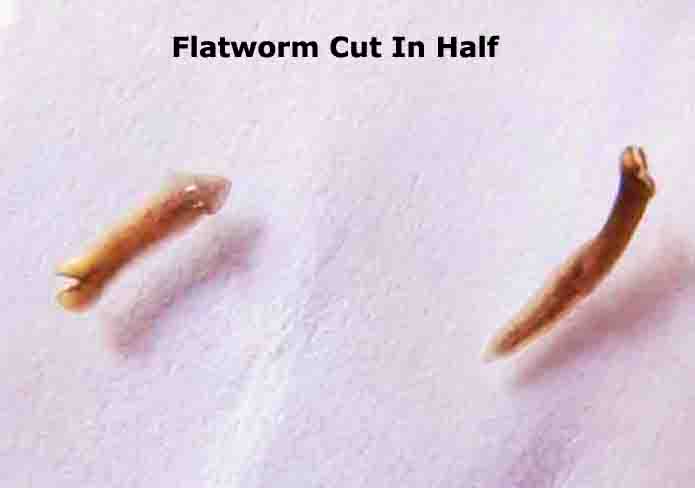 Now that our winter eggs have almost finished hatching, we have loads of little baby flatworms in our tank now. These babies are tiny and nearly transparent, so when we clean the tank we need to be very careful to catch all the baby flatworms so they don't get thrown out with the water.
Flatworm Regeneration Experiments
​In the spring of 2013 my two grade school-aged children presented a poster at the school science fair with the esults of two different experiments. The first experiment answered the question "Do Automatic Dishwashers Kill Bacteria on Dishes?"
In the other experiment, we operated on Dugesia flatworms. Their amazing ability to regrow makes flatworms the perfect candidate for experiments on cell division. You can cut a flatworm in half, and eventually you will have two complete worms. Actually they can be cut into several pieces, and, as long as the pieces are not too small, several new worms will regrow. Even more fun, although a bit trickier to do, you can cut a flatworm's head in half, and it can regrow into a two headed worm!

ANOTHER SPO
HOME SCIENCE PROJECT
BULLFROG METAMORPHOSIS
We raised bullfrog tadpoles and documented their metamorphosis into adult frogs!
Click here
to meet the bullfrogs!
egg capsules, regrow missing body parts, and even make new flatworms by pinching off part of their own body!
The information on this page falls into three basic categories:
Experiment Attempt #1: For our first flatworm experiment, the kids and I each had a flatworm. Because the flatworms are so tiny and in motion, I did the operations. Each worm was placed in its own Petri dish filled with distilled water. The flatworms named Parker and Cupcake were cut in half, like in the photo to the upper left. For Wormie the flatworm, we cut its head in half, in hopes of making a two headed worm.
All three flatworms from our first experiment died :(, so we had to try again.
Experiment Attempt #2: For our next try, after placing each flatworm in its own Petri dish of distilled water, we simply cut the new flatworms (Parker 2, Cupcake 2 & Wormie 2) in half. Only Cupcake 2's tail survived, but it regrew into a very nice, fat and sassy new flatworm. See the video to the left to learn more about Cupcake 2 and how she regrew her missing body parts.
We plan to do additional experiments with the flatworms, but currently (6/26/13) we only have four fully grown flatworms and don't want to risk killing the few we have. When the baby flatworms get bigger, we will attempt more experiments and post our results here. SPO Home Science!
Young children are natural born scientists, full of curiosity! Check out the at-home experiments and explorations of a scientist mom & her kids.