SPO VIRTUAL CLASSROOMS
​The following questions are designed to help students better understand this topic. All questions are based on material that can be found on the Molecular Genetics: Transcription & Translation Lecture Main Page.
2. Which nucleotide bases could be found in a molecule of RNA?
a. adenine, guanine, cytosine, thymine
b. adenine, guanine, thymine
c. adenine, guanine, cytosine, uracil
d. sugar, phosphate and base
3. The 3 nucleotide group that codes for one amino acid is called...
a. anti-codon     b. RNA     c. ribonucleic acid
d. codon       e. primer
​​
4. The process of building protein molecules from the genetic information in an RNA blueprint is called:
a. transcription      b. replication         c. polypeptide                 d. translation            e. amino acids
5. If a nucleic acid contains the bases A-U-G-G-C, it would have to be a molecule of...
a. polypeptide         b. RNA          c. DNA
d. protein       e. polysaccharide
1. Which type of RNA includes the anticodon and brings the amino acids to the site of protein synthesis?
a. mRNA
b. rRNA
c. tRNA
d. DNA
e. mDNA 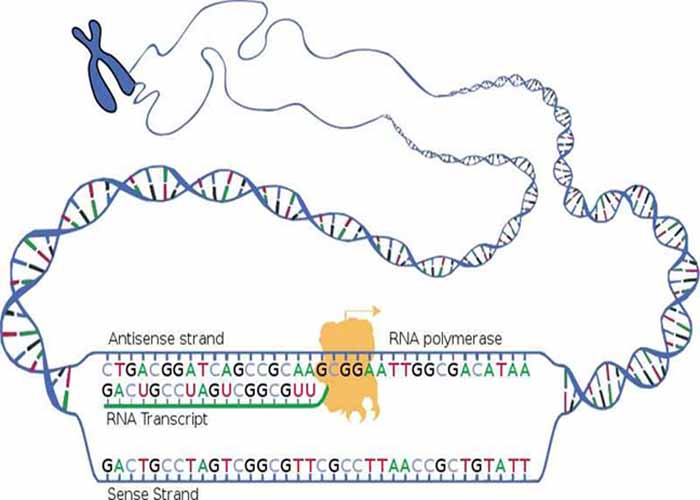 6. Transcription is when...
a. a new DNA molecule is made
b. a complimentary RNA molecule is made based on information in the DNA template
c. protein is made by the coordinated efforts of DNA and RNA
d. the replication bubble unwinds in the antiparallel direction
7. The 'triplet code' is...'
a. a series of 3 nucleotide bases that code for an
amino acid
b. a set of three amino acids on a protein
c. a series of genes that code for a specific trait
d. how a woman becomes pregnant with three babies
at once
8. Transcription and translation occur in what types of cells...
a. only eukaryotic
b. only prokaryotic
c. both eukaryotic and prokaryotic
d. only animal cells
e. only plant cells
9. If the anticodon contains the base sequence GUC. The base sequence of the original DNA code being translated would be...
a. CAG      b. GTC      c. CTG      d. GUC      e. GTC